OpenSpades is an open source alternative client for AoS Classic and beyond! Runs on Windows, Mac, and Linux. Created by yvt.
Compatible with AoS Classic.
665 posts Page 1 of 45
Post Reply

OpenSpades is a clone of Voxlap Ace of Spades 0.75, which is a free multiplayer game created by Ben Aksoy. 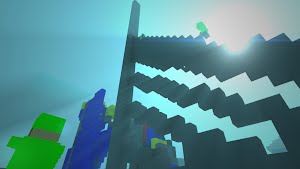 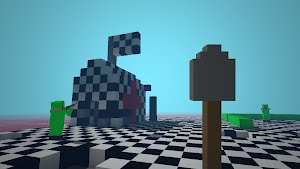 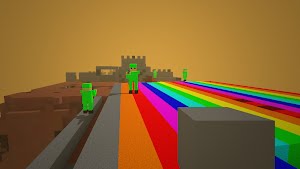 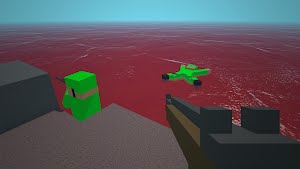 TheGrandmaster wrote: My introduction video for Openspades, running through the launcher and the features of the new client. More videos to come!

Quote
How did you find this? Also is it compatible with 0.76?
map collection How to make a map Personal Blog
Top

Quote
Originally posted on Reddit, it's really a different experience.

Physics are a lot different. Sorry Colorpinoint - Grenades don't go super far anymore.
Sounds are (in my opinion) better, at least the SMG.
There aren't any tracers (yet?)
Aim is different, hard to really explain, just different.

It reminds me a bit of Jagex AoS, but...for being in .05 of development much better. I'm excited to see where this progresses onto.
Top

Quote
This looks pretty good! There are still some things that need to be added such as tracers (and fix the nades). Otherwise it's pretty solid

You pretty much need a perfect emulation of the physics due to the nature of the protocol, unless of course you're happy with your input lagging behind a bit and letting the server calculate your physics for you. As the code is GPLv3, you can just pinch the code from Pyspades.

Anyhow, I'm going to see how well this runs.

Let's take a look!
I'd like to point out a bit about global illumination. While I'm not much of an expert on the subject, I do know what the hell I'm talking about.

For a cheap GI approximation, Ambient Occlusion is the best... whatever the hell it actually IS. What it ISN'T is Radiosity.
And no, I mean regular pre-baked AO, not SSAO. That shit really chugs this GPU.

(EDIT: Apparently this does do at least *some* AO stuff, although it would be nice to do a form of AO for the shadows.)

Unlike AO, I actually know what Radiosity is, and 3 methods of calculating it. It's a GI method for calculating diffuse lighting, and was used in the original Quake.

Firstly there's the perfect calculation, where you get an n x n matrix and calculate the inverse. The problem with that method is that n is usually something like 10,000, and so you end up with a really, really big matrix that chews up gigs of RAM. Plus it's the slowest method.

Secondly, there's incremental radiosity, where you calculate several iterations until the difference between iterations is virtually nil. It's where you look at each point and calculate how much light is coming from all the other points.

Finally, there's Instant Radiosity, where you spam Virtual Point Lights (VPLs), say, 64, from a given source light and other VPLs, and then you can calculate diffuse stuff from that. This would be the best choice, but a good heuristic will be necessary.

Rizki: Set AA to Off.
Top

Quote
Holy shit, i love you, any hope in a Linux version? Hence it's cross platform.
Top

Quote
Is this game mod supported? If not, will it?


Qw3rtz wrote:Holy shit, i love you, any hope in a Linux version? Hence it's cross platform.

Currently binary package is not provided and you have to compile from source code.
Clone from git repository https://github.com/yvt/openspades/ and follow the instructions
written in README.md.


Commando_Ghost wrote:Is this game mod supported? If not, will it?

OpenSpades uses the exactly same format with AoS 0.75 for models/sounds.
However, the directory structure is different, so you'll have to rename files of game mod.
Try unzipping Resources/Models.pak and you'll see the structure.

Your video card driver is likely to be too old, or missing. Try updating one.
Web Site: https://yvt.jp
Top 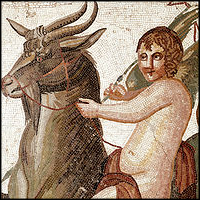 Quote
I started to play the game and when I looked at the GUI. I saw no team names. No player names, No weapon names. Didnt see chat. Could someone help?
IGN:|SPQR|MrFritz/MistaFreetz
Top

Quote
"OpenSpades uses the exactly same format with AoS 0.75 for models/sounds.
However, the directory structure is different, so you'll have to rename files of game mod.
Try unzipping Resources/Models.pak and you'll see the structure."
unpack them is easy, but how can i repack them in a .pak?

Quote
Sorry for double posting but it actually works perfectly!
Here i made in 10 seconds a rifle with a small scope:
http://i.imgur.com/MQUlm4Q.png
it works also as sight because it uses the .kv6 instead of the classic .png.

Users browsing this forum: No registered users and 8 guests