First off, the name of the map is supposed to reflect the end of the Mayan calendar, and the once glorious city is now in a post-apocalyptic state. The idea for this map came from Hallway and Pinpoint.

I took 20thCenturyTown, used an autotyper to unleash my hobbled "no streak needed" airstrike script on the entire map for 15 minutes, used Voxed to make the grey water channel flat and more obvious a path, semi flattened the destroyed terrain, changed the spawn points, changed the base locations, moved the intel locations to the center to induce a war in the middle of the map, and made a description mentioning the end of the world and the intel being the cure for a Mayan Plague...

I'll let the picture do the talking.

edit: As soon as a mod updates the zip file, it'll have this in the corner! Quote
I added the updated map

Quote
This map is epic
My Channel 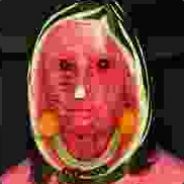 Quote
nice, I was waiting for somebody to make a destroyed city map. it looks awesome, good work dude