Quote
Zombie mode, needs bots to work...
I have this idea, of a zombie game but not the pvp one, something like the zombie wave thing which is player vs ai. So 4-8 players will be on one team and the other team would be locked and zombies will spawn on it. This will need bots(i think you were talking about making a bot script something like basicbots.py)and players need to defend there spawn without getting killed. DEATH + PERMADEATH. Zombies can only use spades(so they can also break blocks if they are near them but you dont code this just make them follow the player)So even if players put barriers around their spawn they can still break it. We obviously would need some maps for it, I will ask lostmotel if he is interested...
Top

Quote
Ok guys, atm my pc is getting repaired so I can't cook up any scripts
I code. I do pyspades. I am thepolm3.
Mixed gamemodes; WorldEdit; Sabotage; Dog eat Dog;
Got an idea?;[/b]
Top

Quote
infected seems like a good idea for the aos gamemode. good ideas

Quote
can u explain how edit a script ? like in medkit script, change the count of medkits from 1 , example, to 5. or how make that the medkit will give me 100 HP and not 40 HP.
thanks alot and if you can, explain please how use WELCOME scripts.
Thanks very much !! 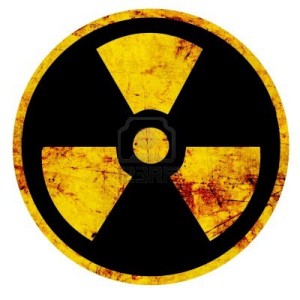 Quote
go into the script, there should be an option at the top
I code. I do pyspades. I am thepolm3.
Mixed gamemodes; WorldEdit; Sabotage; Dog eat Dog;
Got an idea?;[/b]
Top

Quote
I'm sorry, but I did not speak English were translated into Google translator.

VIP (gamemode) 1.0 Played in the fun mode. 0.7.5 However, because the application does not try to game mode.
Game rules: each team selected by the vip and non vip ordinary people to kill vip vip opponent's impossible to die, respawn in this game to win the round when the other team ends up getting wiped out in rule 1.0 may be applied. Made as to achieve want.

Could you draw is exceeded at please?
Top

Quote
I'm very sorry, but I cannot understand your request. Perhaps you could use a human translator? Thanks
I code. I do pyspades. I am thepolm3.
Mixed gamemodes; WorldEdit; Sabotage; Dog eat Dog;
Got an idea?;[/b]
Top

Quote
He was basically requesting VIP, like in 1.0 there is VIP.
1 person is the VIP on each team and on the map it shows where he is.
If you kill him the other team slowly starts dying.
Before honor, comes humility. Quote
I think thepolm3 should get more scripter badges.
Just take like 7 and slap them under his avatar
http://puu.sh/51uhD.png

ZEB 99 wrote:infected seems like a good idea for the aos gamemode. good ideas

Already done partially by me. Ask 10se1ucgo in #buildandshoot for it. (Though his version doesn't work)
It's a Christmas miracle!

However, instead of putting a set distance they can go before stopping, use a variable or I think modulo is used... To allow us to use a custom range.

(How far the projectile will go.)
Top

let your imagination go crazy on this. any spell you can think of, and let others have a say in the magic
Top