Quote
A handful of you may remember around October/November of last year that one or two servers quietly hosted a new game mode despite the bugginess of the script. Well, that gamemode was Last Stand and now it's back. After initial re-testing, the main bugs appear to have been squashed.


To patch, open up stand.py in a text editor and paste the new contents over the old.

Optional Downloads (More maps and stuff);
Spoiler:
Old Maps Pack
- A collection of 3 of my old maps converted for use with the script; Normandie, Market Garden and Oasis. You might call it lazy, I call it being clever.
What is Last Stand?

- One team is assigned to be the attacker, the other team are the defenders

- Attackers have unlimited respawns, defenders only have 1 life.

- Attackers spawn in a holding pen and can choose where they spawn. Depending on the map, they can spawn North (/n), East (/e), South (/s) or West (/w). If they don't select one within 10 seconds of respawning, the server picks one for them and automatically spawns them.

- Attackers must kill all defenders or capture the flag (stand near it) before the time runs out. The longer it takes, the higher the defender's score is.

- At the end of the round, the teams swap roles. Whichever team has the highest score wins 1 point.

- First team to reach the specified amount of points wins the map.

What Has Changed?
V1.253
- Fix for crash in Ace of Spades 0.76 when people were joining the spectator team as soon as they joined.
- Minor other crash prevention code.


Previous updates:
Spoiler:
V1.252
- Map Pack - Influx's Old Maps.
- The server now tells attackers what spawns are available every time they spawn rather than when the round starts
- The capture zone of the flags have been increased to 15 blocks on each side (increased from 10)
- Minor editing to some of the messages from the server.

V1.25
- New map - Hacienda Camarón.
- Incorporated markers into the script - defenders now have a shield marker above the flag, attackers have a flag marker.
- Fixed bug where players could spawn in a location from a previous map.

V1.22
- Admins, moderators and guards can now stay in spectator mode rather than being forced to join a team.
- Players can no longer switch teams after being auto-balanced until the next round.
- Correct announcement of what percentage of the flag is captured. Previously it would show the message 1 second later than it should have.
- Defenders now get an alert when the flag is 25%, 50% and 75% captured.
- Defenders now get the alert that the flag is no longer being captured as soon as the last attacker in the zone is killed.

V1.215
- Flag Capture mechanic, now the defenders can't hide in some obscure place to get a high score.
- Proper commands for spawning instead of prefixing with an apostrophe (so it's "/n" instead of "!n" now).
- Major bug fixes.
- Respawning before the round starts is now instantaneous (weapon changing)
- Fixed team balancing, and once someone has been team-balanced, they can't be again until everyone else on their team has also been balanced as well. Defenders should always have equal or more players than attackers.

There are 4 maps packaged with the script by default. These are; 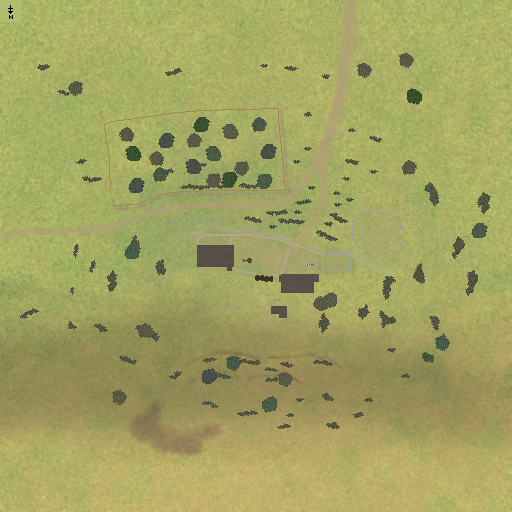 Based on the historic battle that took place in South Africa in 1879, where 140 British troops held off a force of 3,000 Zulu warriors while losing only 17 men.

The Flag and the Stores

Looking Down on Rorke's Drift

View of the Defenses
The Alamo
Spoiler: 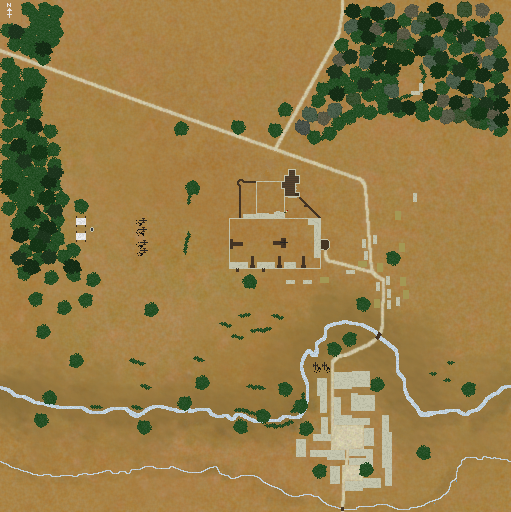 Based on the famous battle between Texan defenders and Mexican attackers in 1836, where 189 Texan soldiers fought, and were ultimately defeated by, a force of 1,800 Mexican soldiers.

The Fort and the Texan Flag 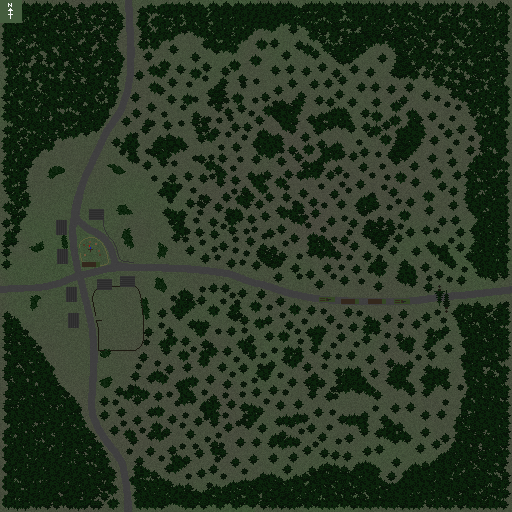 An imaginary scenario set in WWII, where an American convoy has found itself in a German ambush. The defenders spawn a long way from the flag, so they must rush back to the village and set up a defensive position before the Germans can get a line of sight on them, or they can have a small attacking force to distract the German assault.

Road Block and a Halftrack

American Flag inside the Sandbag Wall

One of the Main Assault Routes 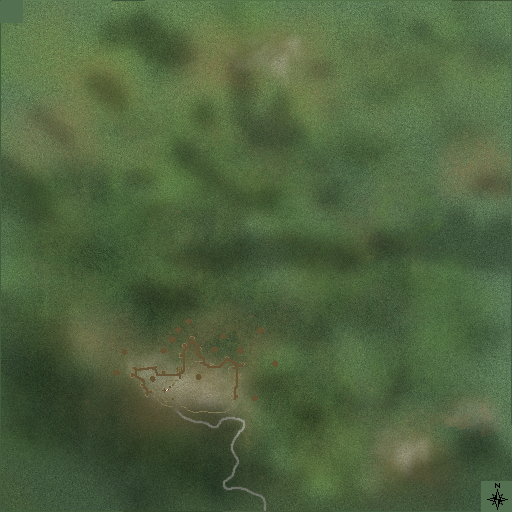 Based on the defense of the same hill during the Korean war by the 1st Royal Canadian Regiment, they managed to hold off a sustained assault by 2 battallions of Chinese infantry, all while under heavy mortar and artillery fire. The terrain is based on map data from the time.

The Flag - NOTE: The modern Canadian flag was not in use at the time, but is more recognisable.

Overview of the Defenses

Map Border - Due to the terrain not tiling, I had to put something to block the ugliness.

View from the Trenches
Hacienda Camarón
Spoiler:
Based on a battle that happened on the 30th April, 1863, where 65 French Foreign Legion soldiers held off a force of 3,000 Mexican soldiers for several hours. After running out of ammo, the 5 remaining French soldiers mounted a bayonet charge rather than surrender. 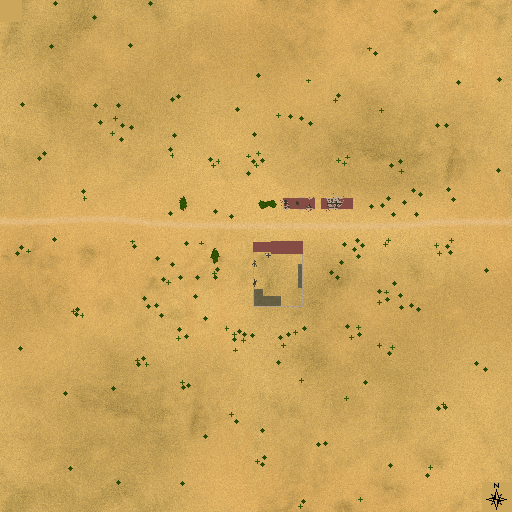 Two Condemned Houses Across from the Hacienda

View from the Barricade

Quote
Very cool. I look forward to trying this out.

Last Stand is back :D

I look forward to trying this out too ;)

Quote
Thank god there is the Alamo, you cant have a last stand gamemode without the Alamo

Feel free to post the maps individually in the Maps section.

Well, 2 of the maps were based off real events, so the terrain and layout of the main defensive position has been researched. Can't get much more well suited than history!


Buffet_of_Lies wrote:Very cool. I look forward to trying this out.

I hope you enjoy it.

Last Stand is back :D

I look forward to trying this out too ;)

I knew you'd be glad to see it back since you've been pestering me to work on it for a while now! In fact, it's you who made me want to fix it up.


danhezee wrote:Thank god there is the Alamo, you cant have a last stand gamemode without the Alamo

Too right. The Alamo and Rorke's Drift were the inspiration behind the game mode (and also, not coincidentally, the first two maps too).

Feel free to post the maps individually in the Maps section.

Thanks, izzy. I was undecided whether it should go in the Maps forum or in this forum, so I just picked the more active one.

Also, thanks for hosting it - be sure to let me know if there are any bugs, or things you think should be added or changed.

I'm glad you think so! It's always nice to see people enjoy your work.
So, I sort of make maps and other stuff, like Mortars,TrueClip, and Last Stand
Top

logan wrote:can you guys unblock me please your the only ones with cool maps

This isn't the right place or the right thread to appeal for bans, since I'm unaffiliated with Aloha.

Go to Aloha's forums (here) to appeal.
So, I sort of make maps and other stuff, like Mortars,TrueClip, and Last Stand
Top

Quote
Last Stand is back! This was always my favorite gamemode, and you got Aloha server to run it AND the newsletter feature. Go Influx! I support you 100%.
Top

Quote
I really liked it, but the server is dead now. and it's not very fun with few people.
Maybe some smaller maps and a script that automatically changes map based on how many players are on and what size the map is could be a good idea?

Quote
Awesome to play but there are not often players on there.

Quote
Influx, do you happen to have an example of the new map layout? I see a new layout of spawns and such on the server, but not on the downloadable maps right now.

Also, do you mind giving Guards the ability to change map? Lots of users are telling me to change the map when I can't :P