Quote
Congratulations to Blue Tomatoes for finishing in first place in the regular season. Below are the 8 teams that made it to the playoffs. 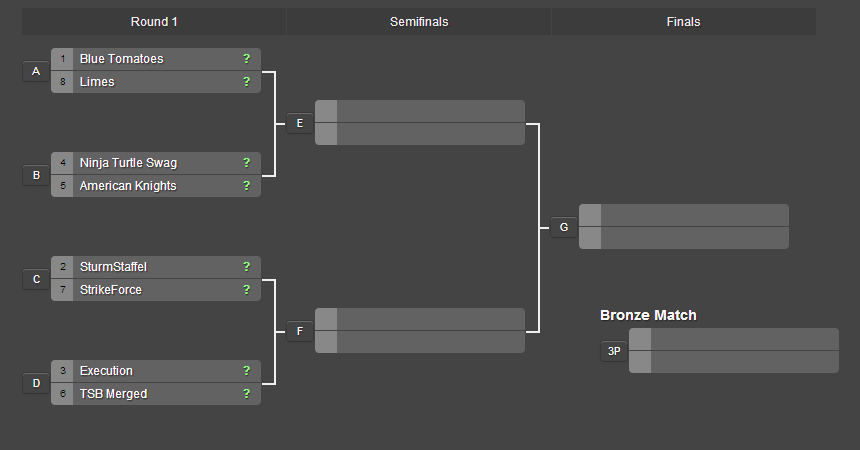 We are going to try to finish this as fast as possible. You are immediately eligible to play in the next round after winning the current round you are in. Rules are pretty much the same as last time

Round 1 / quarterfinals will be completed on or by December 15th

Round 2 / semifinals will be completed on or by December 22nd

Round 3 / finals will be completed on or by December 29th

The team with the most caps advances to the next round. A match will be 45 minutes long and in case of a tie it will be extended 15 minutes for sudden death overtime. If there is a tie after that we will declare a winner based off of the number of intel touches + the teams overall kdr. And if time permits we will allow a rematch. In the case of another tie after the rematch we will again determine the winner based off of same tie breaking metric above and combine that score with the first tied match scores. The team with the highest combined score moves on to the next round.

Note we might change the tie breaking metric if match.py is updated to track the distance the intel travels.

Quote
Awesome. Let's do this.
Top

Quote
Yeh', good luck to everybody !

Quote
The first time for StrikeForce that they are in the playoffs. Good luck ;)
Fakers gonna fake.

Quote
oooh i want to do this thing XD
]

Quote
What a good way to finish the year. BnS is going strong.
[IGN]: |Teeth|

Quote
Good luck to all teams :)
CLICK TO JOIN

Quote
Nice to see this still going, good luck to everyone involved! 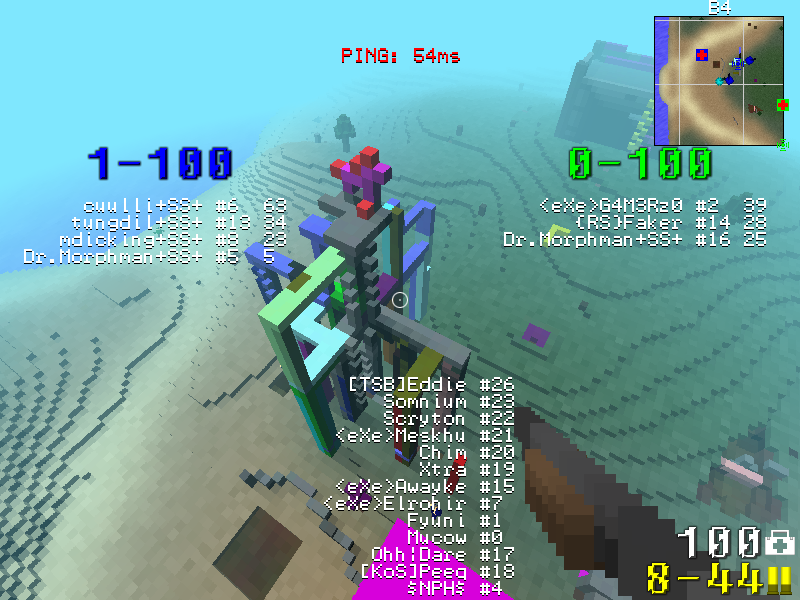 Quote
I have to admit using this "glitch wall". I didnt know that this isnt allowed, because Spring was spectating the match against AK and didnt said anything. So i thought, i could use this again at any time.
It wont happen anymore.