OpenSpades is an open source alternative client for AoS Classic and beyond! Runs on Windows, Mac, and Linux. Created by yvt.
Compatible with AoS Classic.
665 posts Page 2 of 45
Post Reply

TheChief98 wrote:"OpenSpades uses the exactly same format with AoS 0.75 for models/sounds.
However, the directory structure is different, so you'll have to rename files of game mod.
Try unzipping Resources/Models.pak and you'll see the structure."
unpack them is easy, but how can i repack them in a .pak?

You don't have to repack. Just put in Resources (with a correct structure like Resources/Models/Weapons/SMG/Weapon.kv6)


MrFritz wrote:I started to play the game and when I looked at the GUI. I saw no team names. No player names, No weapon names. Didnt see chat. Could someone help?

* What is the name of the server?
* How often does it happen?

I have no idea... Can you run other games? (especially open source ones)
Web Site: https://yvt.jp
Top

Quote
theChief, it seems you either killed one of the most famous Brazilian youtubers around, or some creepy copycating kid.
Be proud either way! :D
why are you even reading this
Top

CommieBuffalo wrote:theChief, it seems you either killed one of the most famous Brazilian youtubers around, or some creepy copycating kid.
Be proud either way! :D

I guess that it was just a kid :P
btw here is my aks74u ingame:
Spoiler: 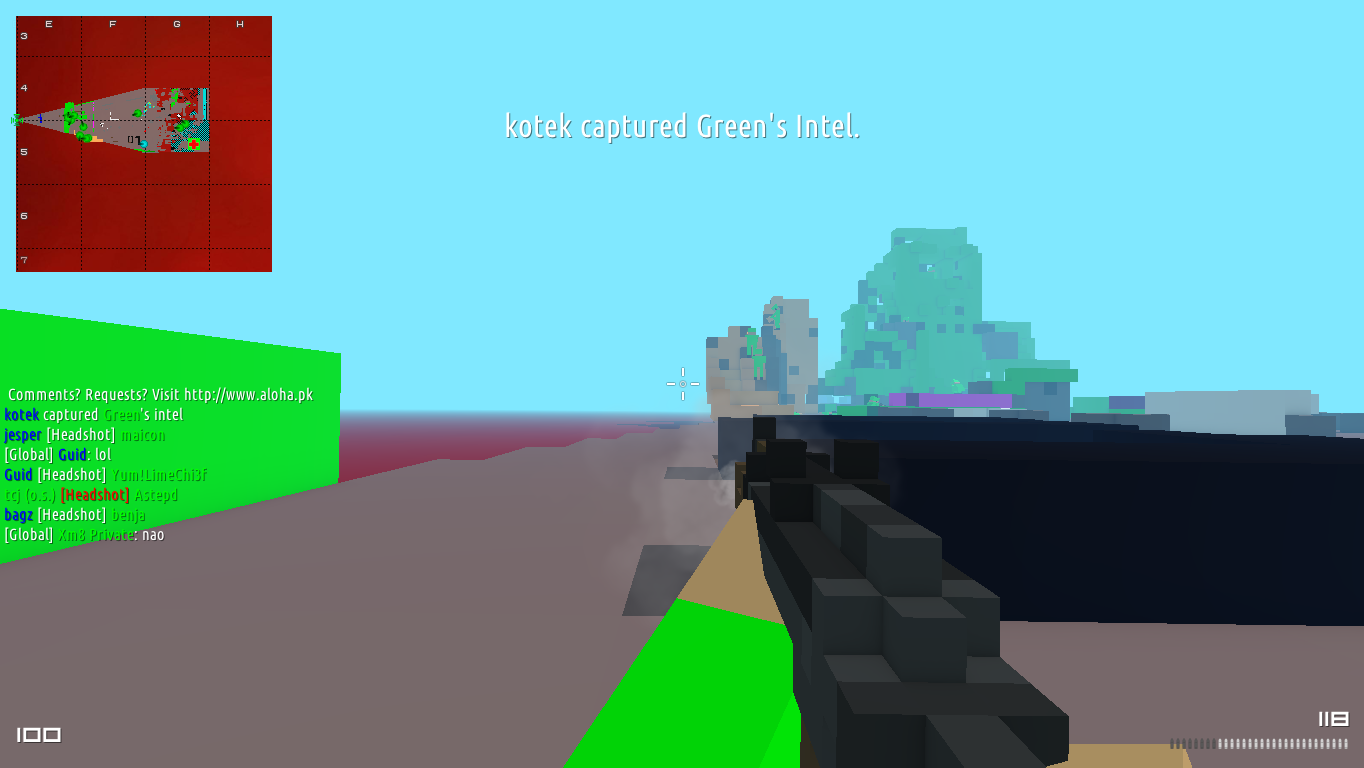 Quote
Do PNG scopes work too then?
map collection How to make a map Personal Blog
Top

Quote
When I click Connect, it crashes, not just for me, but for one other guy. I set everything on low, what gives?
Top

Quote
Does your videocard support openGL? If not then you wont be able to use open spades
map collection How to make a map Personal Blog
Top

Quote
how do they call this cross platform if they use autoreconf crap.
Top

jdrew wrote:Does your videocard support openGL? If not then you wont be able to use open spades

It does. Also, got this error after I disabled hundreds of things:

I could run Jagex's AoS, although the game was stuck in the loading screen.

EDIT: Nvm, just saw on the website that it doesn't support Intel 950GMA, and that's the GPU that I have. Oh well, I can just hope that it'll be compatible in the future.
Top

Quote
I have had that too, I just started it again and it would work. Sorrry I do not know what to tell you then.
map collection How to make a map Personal Blog
Top

Quote
Not able to connect either. I get the same error as the other two guys. Probably my videocard, oh well.
why are you even reading this
Top

jdrew wrote:I have had that too, I just started it again and it would work. Sorrry I do not know what to tell you then.

I actually kept running the game at 800x600, and according to some people, it crashes at that resolution, I want to try my native resolution but I fucked up everything in the advanced settings. Could someone give me a screenshot of their advanced settings window? No matter how many times I delete it, it still has my previous configuration.

Here are the commands I run (they're a bit different from the README.md file, but based on them). You can save the whole code to a script file and run it from your computer.

First I downloaded the OpenSpades source code from here https://github.com/yvt/openspades/archive/master.zip and extracted to my home dir. It doesn't matter where you extract it, but you have to run the commands from that dir o put in there the script file.

Code: Select all
Then I downloaded the Windows binary from https://sites.google.com/a/yvt.jp/openspades/downloads, and copied the Resources folder to ~./openspades/

Now simply run the command openspades from the terminal

Quote
Would it be possible to do something like what Iceball did regarding the OpenGL thing? Since I can't run Iceball in OpenGL, i have it disabled in the .json file or w/e. I wonder if that would be possible to do here as well.
Top

Quote
The client is all about openGL. It can't run without it as it uses shaders,lighting, and other textures and stuff all from openGL. That is also why the client looks so good, the AoS client uses directX. That is why it can run on slower/older computers. OpenGL on the other hand is more modern and requires a better computer but ti gives you better graphics. If you want something else you would need to make a directX client that looks like this but since the game already uses directX that would be kinda pointless.
map collection How to make a map Personal Blog
Top

Thats the worst, it doesnt use png scope :(.

Does someone knows where i can find this target png ?
Guns, sights and sounds:
http://buildandshoot.com/viewtopic.php?f=76&t=10941