Quote
Where did you get your IGN from. Does it have any sort of backstory to it? 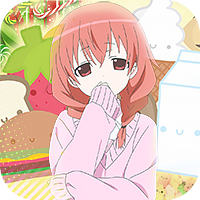 Quote
Jedelas - Popped up in my mind when I thought about making a name for a Human Warrior in WoW.

Shiroe - Means White in japanese and I partly got the name off the main character from Log Horizon for it. xD

McCloud - From Fox McCloud of the Star Fox series which was also my childhood favorite. 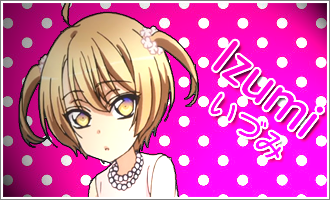 Quote
I like getting hyped after something cool happens. When that does happen, I play better, while playing Sandstorm (in my head).

I'm sure Pedro is from Napoleon Dynamite... which is what two of your previous avatars were from.
IGN: ForTheHype

JustSmall
3 Years of Ace of Spades

Quote
I used to be small but I didn't care so my friend called my JustSmall and that's what I've been using for ~7 years.
So long, and thanks for all the kills.

Quote
Demonarion: Thought of it while creating a new char for Gunz The Duel around 2008 or 2009 and it stuck ever since.
Fornax: Found a constellation called Fornax when I was checking out space in Google Earth and decided to use it.
Ryouma: Love Stage

Quote
I'm not creative so I use my irl name

Quote
I'm not one for explaining thing but I'll give it a shot.

Back in early high school, I was still reeling back from the shocking revelation that babies are the result of sex, whether rough or casual. While the main population was assigned a boring curriculum assigned by an education department, I was admitted to a science high school, who's curriculum is a little more advanced.

Which may have been a bad idea, because even there textbooks were more of your friends than actual friends. My comprehension may be a little below what was expected of me, but given the fact that I passed an admission I guess everyone, by default, has a more superior comprehension than a student in a regular high school.

In an algebra class we were solving for surface areas and shit, the usual, and as a requirement, the variable 'pi' is not to be used as a decimal, 3.14. Every formula used, every math model solved, you have to use 'π', and given what I said, it took me a while to figure it out altogether, and the entire time I was pronouncing 'π' the same way as the letter P. this was a time when saying bad words would get you in huge trouble, even if it was a little 'FUCK YOU SIDEWAYS' kind of swearing.

So usually I subliminally use the symbol 'π' to replace the letter P, like πenis or something. Eventually It got to π-Rex, a wordplay of T-Rex. Also Eventually, I figured out how to pronounce 'π' correctly, but by that time I've discovered the internet, and made my original IGN, Pi-Rex.

I guess it's just my way of reminiscing the lovely times when there was so much to discover and there was actual excitement in doing so. Where in your youth, you were taught the things you didn't know instead of being a grown-up where you are laughed at for not knowing. Admittedly, the olden days weren't as fun as it was now, but at least there were no fucking video ads, Jdrew posts and tumblr fags.
Project Vanilla: Spreading the word of the Internet Box since '13

Quote
Vortex - An old friend of mine I used to know used this name everywhere when playing games. I kind of lost track of him, so in memory I used Vortex.

Shaz - My actual nickname, which is short for Shazaib. However go ahead and call me Shazam ok.

I've had a few others, but none of them have held any real meaning, mostly just temporary aliases.
Top

Quote
Astro- I like space and pretty much anything to do with it.
cat- I like cats

Quote
tobi - idk
9 - opposite of 6 which is my fav number
sc - i'm one of the supercool build crew (we build maps from movies like The Incredibles 2, star wars and etc. we never used any tool/software to put stuffs on the map, we do it ingame but we are using build scripts, wall, floor etc.) so yeah
tobi's Mods
Top
Post Reply
47 posts Page 1 of 4
Return to “Ace of Spades 0.x Discussion”