Miscellaneous projects by the Build and Shoot community.
1066 posts Page 70 of 72
Post Reply

bloodfox wrote:and then people don't see it and it fucking dies quickly

Well, you'd make something like World War Spades, which I wish I had time to work on except that school is killing me + a friend wants me to make a Game Boy emulator with him. Don't worry, it'll be made eventually

In essence, the whole point of trying to replicate Ace of Spades's graphics is invalidated because most of the community's left and nobody plays Iceball, which hey was a pretty sizeable project. Instead people are more interested in OS because it has cool shaders and reminds people of Battlefield or Cowadoody.

Sooo you're better off making a whole new voxel FPS, with the same fundamental gameplay, but with features that a "modern" engine would allow for, like dynamic/moving blocks, serverside scripting, etc.

People like me are willing and capable to contribute, but do they simply have the time to keep a constant effort, across timezones and schedules?
Top

Quote
make WWS first, then that emulator. A community is dying dammit xP

what I would see could work is if we made slow progress over time, letting players of AoS adapt to the client. Advertise the client on aloha servers (loads of people would see it). (At this point of time, I'm picturing the client would be a bit like BoS. Exact same type of game except with OpenGL and still a fucking horrible computer like mine can run 100 fps on that, no joke.) Then slowly but surely turn it away from 0.75 whilst building up a strong community. Slowly implement new things in that game and let the player base get settled with the idea. Then slowly grow the game itself.

longbyte1 wrote:In essence, the whole point of trying to replicate Ace of Spades's graphics is invalidated because most of the community's left and nobody plays Iceball, which hey was a pretty sizeable project. Instead people are more interested in OS because it has cool shaders and reminds people of Battlefield or Cowadoody.

AoS graphics are good. Sure they could be improved here and there a tiny bit, but they are good.
Shaders can s*** a d***. Maybe not all of them, but I wouldn't like people playing this game because it's eyecandy. What matters is gameplay. By the way, when increasing model detail, bounded cube models look way better, while OpenGL might even look worse.


longbyte1 wrote:Sooo you're better off making a whole new voxel FPS, with the same fundamental gameplay, but with features that a "modern" engine would allow for, like dynamic/moving blocks, serverside scripting, etc.

Iceball / VXW didn't aim to be compatible with 0.75
Best case scenario would be merging IB and OS code, while gameplay-wise staying close to VXW.


longbyte1 wrote:People like me are willing and capable to contribute, but do they simply have the time to keep a constant effort, across timezones and schedules?

What timezones/shedules are you talking about? If you want to contribute, you can do it at any time and then simply commit changes to github, both OS and IB should have theirs.
Plus, if you are willing/capable, take a look into OS SoftWare rendering code and try to make it a lot faster. When OS SW is fast enough, we will be able to talk about full transition to OS. Right now some people can't play OS so they stay with AoS, and if you force transition to OS without fixing SW, you are splitting and killing community.
Have you always wanted a sound tinnitus effect in AoS?
No?
Anyway, here it is for OpenSpades! 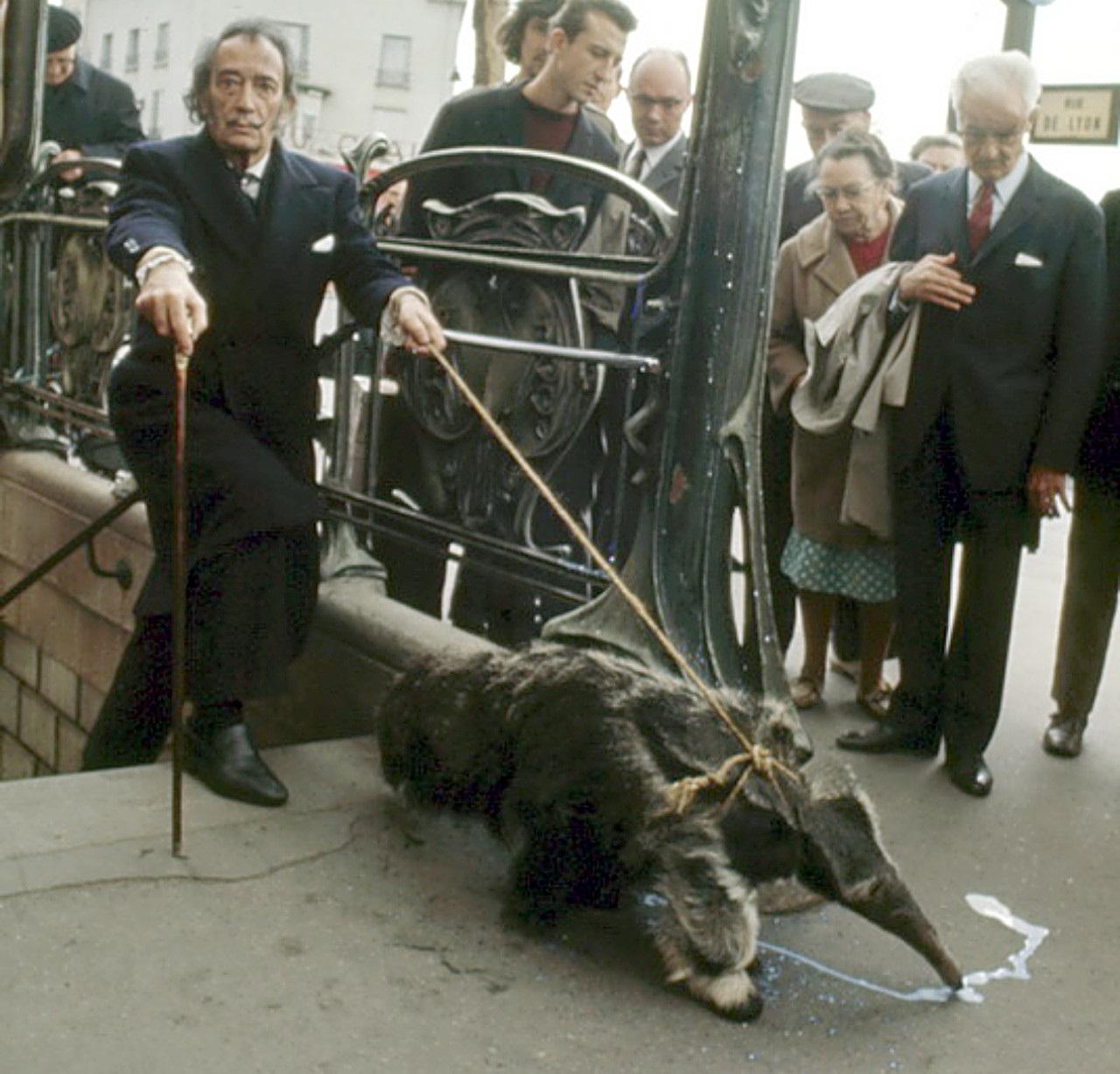 Quote
Tbh OS isn't so good as a base. It's terribly bloated (its sole release -O3 binary is already half the size of the Dwarf Fortress or Cataclysm DDA ones '-') and sometimes seems to be not so well-programmed. I could write a new and NEAT remake in probably like less than a month, but it makes no sense without a proper renderer. VXW had several reasons why it was so fucked up, mainly caused by lack of any planning and Voxlap being a huge mess. I do have some progress with my voxel rendering experiments, but I'm not close enough to Voxlap.
Iceball:
http://www.reddit.com/r/iceball
<+Warp_has_eaten> COOOOCK
<+Warp_has_eaten> 8=====D
rip WW2 server and kraken.
Top

Quote
Well then we are waiting for your progress with voxels. Plus, I'd love to see how you'd clean up / optimize OS code.
And in the meantime, I'll try to add some ideas, fix up netcode etc...
Have you always wanted a sound tinnitus effect in AoS?
No?
Anyway, here it is for OpenSpades!

Quote
All right, well I have a big weeklong break coming up, hope family doesn't come and take away all my time bit by bit.

WWS needs work from all sides. That's game + net + sound + rendering I have to deal with. Probably 3-5k lines before anything useful comes out of it.
Top

Quote
Ok just posting this here cause I have a thread in this section and I don't want to put it somewhere and wait until admins move it to this section. So, as some guys have been shouting across the forums, we have been working on a new remake. This is better than vxw because I wrote a completely new server for this, used Dlang instead of trying to do highly complex stuff with C, and you can swap renderers as you want.
Pics: http://imgur.com/a/A26X6
Description of pics in order: team selection menu with "classic" as background, minimap of "river", blur after getting damage from a grenade (grey stuff is smoke), picture of a scope the way chameleon suggested it (inside the scope circle, everything is zoomed in, and you actually see "through your weapon" position- and rotation-wise), what happens if you shoot an SMG onto ground and onto a pontoon and blow up a grenade next to said pontoon (yes, they actually move on water like irl), the new colour selection thingy, and idk if one can see it well, but in the last pic, the visibility range is decreased cause it's a desert map and visibility, blur and fog colour slowly change.
Some of the pics use an older UI design, now the HP and ammo bar are moved to the bottom left corner.
Client download:
newvxw.zip
Client
(1.06 MiB) Downloaded 120 times

Quote
oh yeah and guys don't worry about that horrible looking UI. I'm working on it.

Quote
I could always offer my skillset if could be used in coding, designs, and sounds.
Top

Wonderful. How can i fix it?
22phew`s reincarnation
Top

Monstarules wrote:I could always offer my skillset if could be used in coding, designs, and sounds.

You're free to change anything and upload it somewhere.

Wonderful. How can i fix it?

bloodfox wrote:oh yeah and guys don't worry about that horrible looking UI. I'm working on it.

Please never change it, it's glorious.

Or at least have it as a possible option. If you have support for switchable themes feel free to call it "Lemonade Stand".


Chameleon wrote:Shaders can s*** a d***.
...
By the way, when increasing model detail, bounded cube models look way better, while OpenGL might even look worse.

Or better, if you use shaders correctly.

Contrary to popular belief shaders are not restricted to bogging your computer down by showing off fancy SSAO + motion blur bullshit. I believe motion blur is typically implemented by rendering to an FBO texture, then rendering that texture with alpha blending. There is no need to explicitly use a shader for this, even though implicitly your driver is probably using one already.

Shaders can actually be utilised to improve performance, mostly by reducing the amount of shit that has to go between the CPU and GPU, or in some cases between parts of the GPU. I've spent the last day and a bit abusing a geometry shader in ways that you should never abuse a geometry shader and I managed to squeeze out about 1000FPS w/ 127.5 spherical fog and a simple passthrough fragment shader.

Basically, ponder this question: What's faster for lighting a single dynamic light? 1. Calculating each vertex colour on the GPU as it gets passed along the pipeline, or 2. calculating the colour on the CPU and then banging it across to the GPU every frame? #1 is the correct answer, unless your GPU well and truly sucks balls but somehow has really fast STREAM_DRAW VBO updates. I mean, heck, you can even do it with the fixed function pipeline, but these days if you have a shader unit then the fixed function pipeline is implemented in shaders in the driver anyway.

Having said that, I'm convinced that it's possible to make OpenGL look like Voxlap, although I didn't actually have success with emulating the up/down look-at-players bug/feature last time I tried. Still, GL_POINTS is a thing, and so is gl_PointSize... but if you prefer bounded cubes, OpenGL handles that fairly nicely. Heck, there's no need to implement proper diffuse lighting - the earlier versions of Iceball just used per-face brightness as per AoS 0.x.

TL;DR shaders as a technology are fucking awesome, they just tend to be used badly.

Main reason for 2.1 is, you guessed it, shaders. Skeletal animation is one place where vertex shaders improve performance. And of course, if you really want to you can implement a raytracer/beamtracer renderer, which at a low enough resolution will actually render faster than a triangle renderer.

Also remember to support GL Core 3.1+ stuff (NOT compat profiles, seriously, don't bother with compat mode it'll harm performance and screw over anyone using the Mesa drivers). GL Core 3.3 seems to be the most common target, and even Mesa llvmpipe supports it... although then again, I get 30FPS on mesa.vxl in my renderer... on a Skylake i5, which has an integrated GPU that can render it at about 1000FPS under the same conditions. Best not to use software GL for anything other than checking if something works.

If you don't have stuff that supports GL Core 3.3, don't worry too much, because I do have that stuff! In the meantime, just stick to GL 2.1, and I'll try to get you a codebase that works nicely with 2.1 and Core 3.3.

Oh, and one more thing:

You've got a merge conflict. You may want to fix that.